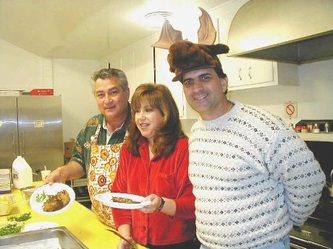 “A very joyous Sunday at the Hagafen Winery. We got to hear how Kosher wine was made. We also got to taste some very delicious wines. We owe our thanks to Cantor Bella for planning this lovely day.”  Shirley Bogner
( Photo by Shirley Bogner)

Congregation B’nai Israel just completed a three session’s course taking a look at how Hollywood has treated Biblical themes in its movies over the last 100 years.

From D.W. Griffith’s “Intolerance” to the “Last Temptation of Christ” we examined the varied perspectives of some of Hollywood’s greatest directors and screenwriters in bringing Biblical stories to life. Taught by CBI member Jehon Grist (who also runs Lehrhaus Judaica), the course also reviewed the history of Biblical Israel from the Exodus to the time of Jesus of Nazareth.
( Photo by Shirley Bogner.)